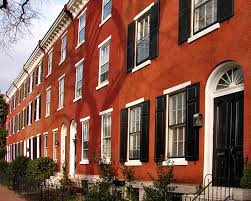 This is not the Pontiff's first visit to Philadelphia. On October 3rd and 4th, 1979 we graciously accepted Pope John Paul II into our city. A great deal has changed in the City of Brotherly Love since then, let's take a look and compare.

Although urban flight over the last 40 years, has left some areas of Philadelphia falling into decay, the real estate market has seen substantial improvements. Even during the Great Recession of 2008, the city maintained a consistent rate of growth. This is reflected in the number of houses for sale, the average sale price of a home, and the house price appreciation rate. The average price index for a home in the city has risen over %500 since 1979, with the current average sale price at around $142,000. Today's house price appreciation rate for a 36 year period is at a whopping 144.4%, with South and West Philadelphia having the highest rates of 195% and 195.7 %.

The Philadelphia housing market has experienced some ups and downs over the last thirty years. However, as we await the arrival of Pope Francis, our city has experienced a remarkable surge in new businesses, restaurants and nightlife activities, green spaces and pop-up gardens, and expanding college campuses. All of these developments will help the city's real estate market continue to grow in a positive direction.