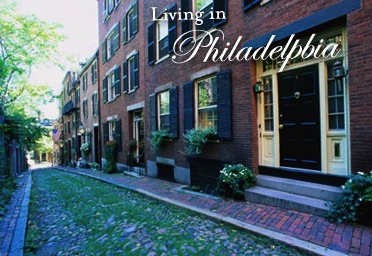 The Spring quarter for Philadelphia's real estate market was the best it has been since mid-2007, with an increase in sale volume and prices.  According to an analysis of Berkshire Hathaway Home Services' second-quarter sales, done by Kevin Gillen, chief economist for Meyers Research and senior research fellow at Drexel University's Lindy Institute of urban innovation, the median price for a single-family home in the region increased by $5,000 from April 1st to June 30th.  The median sale price for a single-family in the Philadelphia county rose a whopping 21 perecent from 2014, while sales volume rose 15 percent.  Gillen's study covered Philadelphia and 10 surrounding counties, however he did not include condominium sales.  Another interesting stat found was that year over year, price appreciation or value -which is the comparison of a home's recent sale price to its' previous sale- favored the city over the suburbs.

This second-quarter bump in prices may not seem "very dramatic", Gillen says, because sale prices "actually fell during some of the intervening months before rising in the second quarter."  "It is not that prices were still declining," he says, "but rather that they've just been seesawing…ever since they stopped their post-bubble continuous decline three years ago."  Home prices in the region plummeted 23%  during that time from August 2007 to 2012.  Gillen found they increased 9% overall since then.  Although it is hard to find universal truths within the real estate market, because it is so highly localized, agents agree that the spring quarter in Philadelphia showed major improvement.  I would say anyone thinking or starting to think of buying in Philly should move forward with hast, while moderate sale prices can still be found.